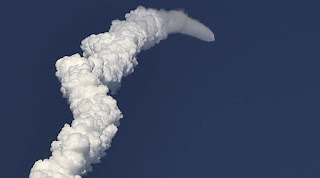 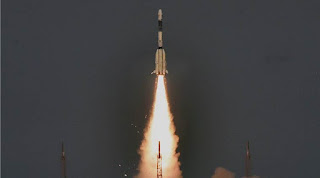 Prime Minister Narendra Modi opened a new chapter in neighbourhood diplomacy by launching a South Asia satellite. It's the fulfilment of a promise made in 2014, but it is the larger progress towards regional integration that might show lasting benefits.

Modi commended Isro scientists for the launch and addressed the heads of six South Asian countries, barring Pakistan, via video conferencing. Calling it a “historic moment“, Modi said the satellite “opens up new horizons of engagement and will greatly benefit our region's progress“.

The Rs.450 crore satellite GSAT-9 will link all Saarc countries except Pakistan, as the latter opted out of the project.The 2,230 kg satellite, with a mission life of over 12 years, will provide communications and disaster support among other services to India and its neighbours.

The South Asia satellite is Modi's brainchild which he had proposed soon after assuming office three years ago. Its launch comes at a time when China is trying to increase its influence in South Asian countries. “This is a first-of-its-kind project in South Asia. And through it, we, Saarc nations, will together achieve effective communication, better governance, better banking services and better education in remote areas,“ the PM said.

Thanking Modi for his initiative, Afghan President Ghani said, “Today marks the day where South Asia moves from speaking about the desirability of regional integration to making it a reality. The gap between talk and action is bridged today .“ Bangladeshi PM, Sheikh Hasina, said, “Betterment of our people can happen through fruitful engagement between nations. The launch of this satellite will change the face of South Asia.“

Pakistan had opted out saying “India was not willing to develop the project on a collaborative basis“. Though Pakistan has five satellites in space, it lacks heavy duty launchers and satellite fabrication facilities, and its space programme is highly dependent on China.

Sri Lanka and Afghanistan also have communications satellites, which were launched by other nations. The Indian project project will be beneficial to Nepal, Bhutan and Maldives, which do not have their own space programmes and are susceptible to climate-related disasters. The Geostationary Communication Satellite-9 became the first Indian spacecraft to carry an Electric Propulsion System, which was successfully tested with Friday's launch, paving the way for development of future satellites that will be considerably lighter.