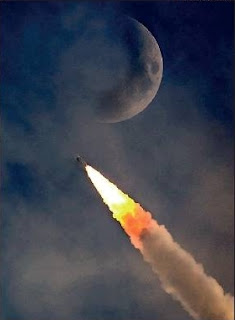 The success boosts Isro’s confidence as it readies for its second moon mission and first human mission, which will use tweaked versions of GSLV MK-III. Gsat-29, which will provide high end communication, also has a high-resolution camera which keeps a watch over India and its surroundings. It also heralds the age of communication between satellites. Along with a previous satellite and two others in the pipeline, Gsat-29 promises to deliver 100 mbps data speed across the country.

About 17 minutes after lifting off from the Satish Dhawan Space Centre in Sriharikota, Andhra Pradesh, GSLV MKIII-D2, the second demonstration flight of MKIII, placed Gsat-29 in a geostationary transfer orbit. “India’s youngest launch vehicle has launched the heaviest satellite from Indian soil,” said Isro chairman K Sivan. “I am happy that the insertion was so precise. This mission is very important for both the Gsat and GSLV programmes.”

By Sunday, after three orbit raising manoeuvres, Gsat-29 will be placed in its final geostationary orbit using onboard propulsion system.