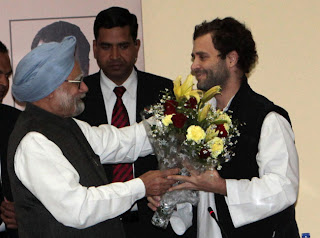 Rahul Gandhi has finally taken the big leap. On Saturday, amid high anticipation, the Congress formally anointed him as the party’s vice president—in other words, the No. 2, which, in light of Sonia Gandhi’s indifferent health, means his imminent elevation as No. 1. It also means that Rahul Gandhi has agreed to be the party’s candidate for Prime Minister in the 2014 elections, setting the stage—if the BJP settles for Narendra Modi as its best bet for the election—for a showdown with the Gujarat strongman.
The decision ends the tense uncertainty in the Congress over whether Rahul was agreeable to assuming a larger responsibility. The young leader, often viewed as a reluctant inheritor, has taken a long time to step up to the plate which will now relieve Sonia Gandhi of some burden and end the Congress’s anxiety. Rahul’s elevation might also act as an impetus to the saffron legions clamouring for the projection of Modi as their candidate for the PMs job.
In his acceptance remark, Rahul told members of the CWC, some of whom were colleagues of his father Rajiv and grandmother Indira, “I have travelled the country widely in the last eight years and I believe we can transform the country.” 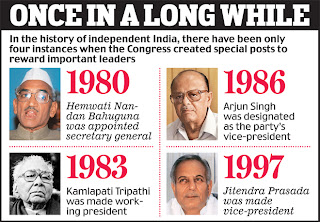 The proposal to make Rahul the party vice president was moved by Union defence minister A K Antony on the second day of the party’s Chintan Shivir (brainstorming session) in Jaipur. Antony said this was the wish of Congress workers. Both Sonia and Rahul indicated their agreement.
The leg-up for the Gandhi scion marks another generational change in the Congress—the fifth from the Nehru-Gandhi family after Jawaharlal, Indira, Rajiv and Sonia.
Congress general secretary Janardan Dwivedi said no decision has been taken on giving Rahul the command of the coming Lok Sabha polls. But, for all practical purposes, the baton has changed hands and is likely to hasten the induction of a new AICC team. That Sonia Gandhi has decided to keep herself aloof, at least formally, may only accelerate the transition. 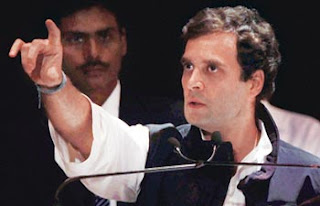 The atmospherics of the build-up marked the takeover of the Grand Old Party by its youth brigade.
Sonia Gandhi on Friday had made it clear that youth and urban middle class were party’s priorities for 2014: a reflection of the worry that the urban constituencies and the middle classes who were crucial to Congress’s back-to-back Lok Sabha wins, particularly the 2009 one, had drifted away. Rahul’s remark, expressing his confidence in the country’s transformation, appeared to be aimed at the same constituency–aspirational India, currently disillusioned by the non-fulfilment of the promise held out by the UPA. 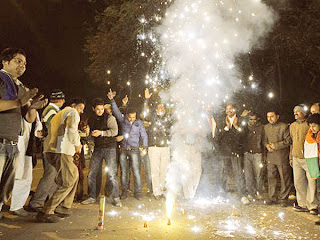