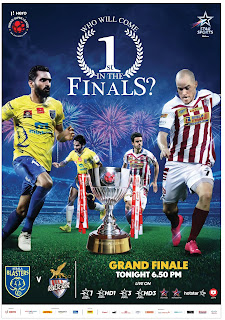 Atletico de Kolkata were crowned Indian Super League (ISL) champions for the second time in three years as they overcame Kerala Blasters 4-3 on penalties after they were inseparable at 1-1 after full-time in Kochi on Sunday.
Henrique Sereno's 44th minute goal canceled out Mohammed Rafi's 37th minute opener as the sides battled it out in front of a packed crowd at the Jawaharlal Nehru stadium. Antonio German, Kervens Belfort and Mohammed Rafique scored their penalties for the home side, as Elhadji Ndoye and Cedric Hengbart missed theirs.