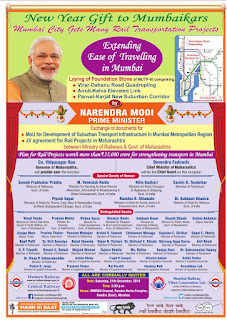 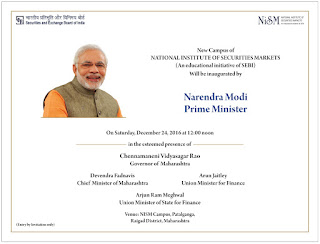 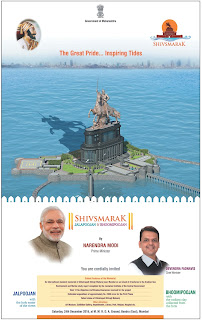 Apart from laying the foundation stone of mid-sea Chhatrapati Shivaji memorial, PM kickstarts a slew of infrastructure projects for Mumbai, giving his party a perfect launchpad to start its campaign
Masterfully appropriating a Shiv Sena icon in the presence of Uddhav Thackeray, snubbing the rival Cong-NCP by launching the Chhatrapati Shivaji Memorial project, and flagging off a clutch of infrastructure initiatives for Mumbai, Prime Minister Narendra Modi virtually launched BJP's campaign for the 2017 civic elections.
Addressing a mammoth rally at Bandra Kurla Complex, Modi said that despite the opposition to demonetization, his government's battle against counterfeit currency, corruption and black money would continue.
He said vested interested tried to mislead people by spreading rumours, but people stood by him despite difficulties. He said elections are often seen as the barometer of popular sentiment, and the BJP's win in the local body polls in Maharashtra sent out a message to the whole country that people were not disenchanted with the decision.
Prime Minister paid rich tributes to Chhatrapati Shivaji. He said the Maratha king was a multifaceted personality who was not just brave and fought valiantly against the Mughals, but laid down tenets of good governance and fair administration.
At the BKC rally, supporters of Shiv Sena and the BJP had a slogan shouting match, but it was quickly controlled before it could turn ugly.

Earlier, Modi along with Chhatrapati Shivaji's descendants Udayan Raje Bhosale, Sambhaji Raje, Shiv Sena president Uddhav Thackeray travelled in a Coast Guard hovercraft to the proposed site for the Shivaji Memorial in the Arabian Sea.
He immersed water and soil collected by BJP workers from rivers across Maharashtra into the sea at the site and performed a jal pujan. CM Fadnavis later said that Shivaji Maharaj had performed jal pujan to lay the foundation of the Sindhudurg fort 352 years ago on December 24.

Ever since BJP's stupendous performance in 2014 Lok Sabha as well as assembly elections, the saffron partners have constantly bickered over several issues in their game of one-upmanship. Both the parties have time and again suggested that they would go solo in the civic polls.

The Devendra Fadnavis government had invited Chhatrapati Shivaji's descendants Udayan Raje Bhosale, and Sambhaji Raje to share the dais with the PM. A special stage was also erected for members of royal families from Maharashtra. Descendants of Angre, Jadhav, Jedhe, Deshpandes, Pasurkar, Mohite, Potnis, Bhosale who were part of Raja Shivaji's army were present. They were very happy to be invited for the programme.

Modi began his visit to Mumbai by inaugurating the new campus of the National Institute of Securities Markets at Patalganga. He said his government will not shy away from taking difficult decisions in national interest. “This government will continue to follow sound and prudent economic policies, to ensure that we have a bright future in the long-run. We'll not take decisions for short-term political point-scoring. We'll not shy away from taking difficult decisions, if those decisions are in the interest of the country.“ 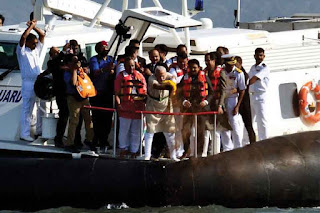 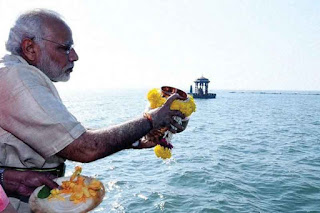 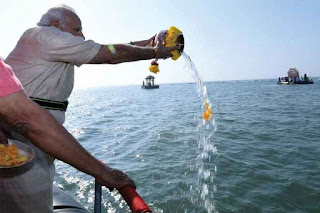 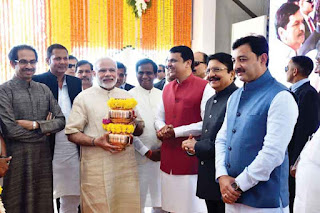 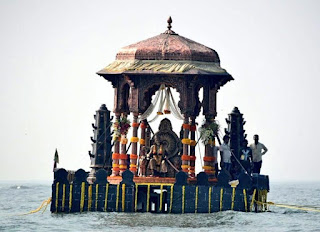