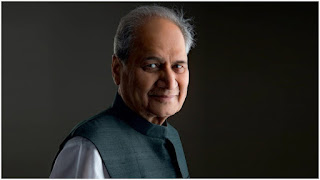 Rahul Bajaj, chairman emeritus of Bajaj Auto, who died in Pune on Saturday of cardiac and respiratory ailments at age 83, wasn’t known to mince words, or give up easily without a fight.

In 1970-71, when licences and production capacities were tightly controlled, he vigorously argued his company’s case for producing more scooters. Some 20 years later, he became one of the most vocal members of the ‘Bombay Club’ seeking a “level-playing field” for Indian businesses after the 1991 reforms. And, more recently, in 2019, in the presence of Union ministers, he spoke about the need to create an environment where businessmen could openly criticise policies and still be appreciated.

After returning from Harvard Business School with an MBA in the 1960s, he built Bajaj Auto into the country’s preeminent two-wheeler company with households willing to wait for a decade to own a Bajaj Chetak or Bajaj Super scooter. Its iconic ‘Hamara Bajaj’ campaign became synonymous with middleclass dreams.

He was widely known as the fearless voice of India Inc. At the post-Budget meet of industry associations with government representatives, Bajaj would ‘open the innings’, making sharp comments, often to the displeasure or discomfiture of mantris and babus. He was candid with just about everyone and everything —including his son Rajiv’s decision to discontinue manufacturing scooters.

It is very difficult for me to praise anybody, I was not born that way… I was born anti-establishment,” he had said a few years ago, where he mentioned that he was named by Jawaharlal Nehru. “Rahul Bajaj was one of a kind. He had a personality that matched his towering height. The grandson of a freedom-fighter, and born into a family that believed it had a responsibility towards society, Rahul Bajaj believed in the idea of India. His scooters became a symbol of a young nation on the move. He was one of the first to become a world-beater in his industry and to take an Indian brand global. But he was more than a business titan – he was a man of strong beliefs who didn’t shy away from speaking his mind. His two sons are living up to the famed Bajaj name and will doubtless take their businesses to great new heights. What India will miss is a voice that came straight from the heart,” said Samir Jain.

“Rahul Bajaj strode across the Indian industrial landscape like a colossus. He was a pioneer who established a culture of quality and technology. He stood for high integrity in business and stuck to his principles,” said Venu Srinivasan, chairman, TVS Motor Company.

Much before Brand India or ‘atmanirbharta’ came into the lexicon, the Bajaj Group was part of the ‘swadeshi’ movement, which saw Bajaj Auto going into scooters in collaboration with Piaggio.

The group played a very big role in turning Pune into one of India’s biggest business hubs. He relocated from Bombay to Akurdi, which was then a village on the outskirts of Pune. Bajaj took pride in creating a company that saw only one labour strike and a culture where his children went to the same school as his managers’.

He was a tough negotiator and held firm during talks with Honda when it was looking to enter India in 1980s, refusing to offer any equity to the Japanese company, and insisting only on a technology tie-up. During this period, Indian preference changed from scooters to motorcycles, especially those with four-stroke engines, something that Bajaj didn’t manufacture, resulting in Hero Honda emerging as market leader some 15 years ago. By this time, Bajaj had put Rajiv in driver’s seat. “You’re a great manager. You’re doing well on costs and quality. All I know is, I was number one, you’re number two!” Bajaj would tease his son.

While focusing on business, which later diversified into financial services, Bajaj also built strong relationships around the world. He was among the early visitors to Davos, the alpine resort where global industry leaders converge for an annual summit that goes beyond business. First introduced to the European Management Forum by Baba Kalyani’s father Neelkanth Kalyani, Bajaj was instrumental in getting the World Economic Forum to India in the 1980s. Until a few years ago, he remained a keen participant at the jamboree.

Bajaj may have been seen as a voice against liberalisation but those who know him maintain that he was misunderstood and that all he asked for was a level playing field.

In keeping with the family tradition he was born into, Bajaj had a deep social conscience and believed that businesses were meant to serve people and communities. Besides making substantial financial commitments towards health, education and livelihoods, Bajaj took personal interest in the group's philanthropic activities.