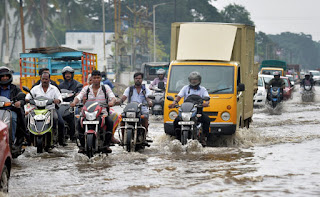 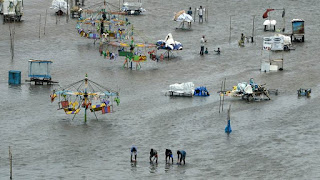 Rain continued to come down in sheets till late Friday night, taking the death toll in Chennai from the northeast monsoon to 12 so far, and the city's total rainfall to close to three-fourths of the average for a season that has just got started.

The city had by 8.30am on Friday -mostly from a mere eight days since the northeast monsoon set in on October 27 -already recorded 554.2 mm of rainfall this year, or 74% of the long term average of 750 mm it receives annually in the rainy season, which the IMD calculates between October 1 and December 15.

Chennai had till Friday recorded 441.3 mm of rainfall (58.84% of the seasonal average) from the northeast monsoon.

Thursday's rain was the city's third-highest in history in a single day for November, behind only 452.2 mm in 1976 and 246.15 mm in 2015. It continued on Friday evening after a brief break, leaving the city precariously placed.

Most districts have recorded more than average rainfall for the season so far.