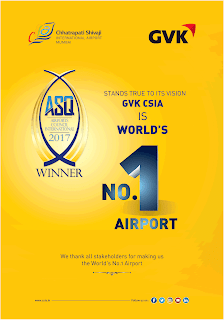 The ratings by ACI, the trade association of 1953 member airports across 176 countries, are based on a comprehensive passenger survey on 34 different performance indicators including airport access, check-in, security screening, passenger amenities like restrooms, stores and restaurants.