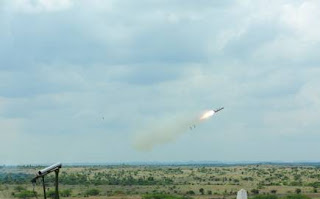 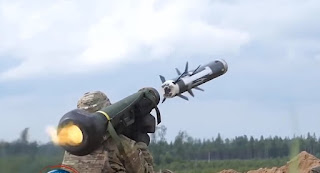 The MP-ATGM is being developed for infantry troops of the Indian Army. The DRDO carried out the trial of the missile with 2-3 km strike range.

MP-ATGM is incorporated with advanced features including state-of-the-art Imaging Infra-red Radar Seeker with integrated avionics. The first test was conducted on March 13, 2019. In both the missions, the missiles hit the designated targets precisely, at different ranges. All the mission objectives have been met. MP-ATGM is the third generation anti-tank guided missile developed by DRDO. It is considered best in class and is likely to replace Milan, second-generation French origin anti-tank and Konkur, Soviet semi-automatic wire-guided missile,which is currently in service with Indian Army.

DRDO along with a private company, has developed this anti-tank missile. It is 14.5 kg and can be shot by keeping on the shoulder, whether in day or night. It has been developed on the basis of fire and forget and is capable of hitting stationary or moving target. DRDO plans manufacturing of this missile on a huge scale by 2021.