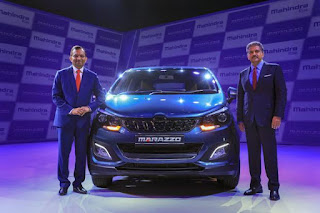 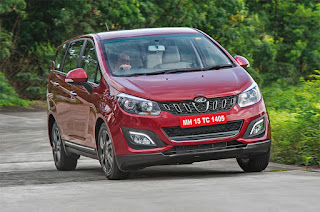 Marazzo has been developed by Mahindra’s R&D centre in Chennai, along with engineering teams at its north-American unit and Italian design house Pininfarina. It will compete with models such as Toyota’s Innova at the upper-end, while Maruti’s Ertiga would be the target at the entry point.

The company has spent around Rs.1,500 crore to develop the vehicle over past four years, and Mahindra is hoping to regain some of the share that it has lost in its stronghold of UVs and SUVs to competitors such as Maruti, Hyundai and Toyota.

Competitors have eaten into Mahindra’s strength in the UV/SUV space and against an over 50% share in the category around 2012, it has a little over 25% now. Products such as the Hyundai’s Creta, Maruti’s Ertiga and Brezza, and Toyota’s Innova have given a tough run to the company.

Marazzo comes strapped with a 1.5-litre diesel engine. Its four variants are priced between Rs.9.9 lakh and Rs.13.9 lakh.