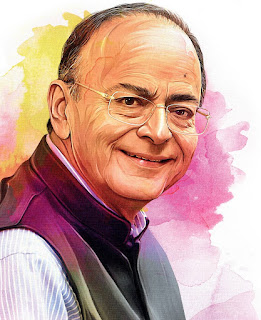 Former Union finance minister Arun Jaitley died at Delhi’s All India Institute of Medical Sciences on Saturday afternoon. He was 66.

A stalwart of the BJP, Jaitley was admitted to AIIMS on August 9, after he complained of uneasiness.

A press release by AIIMS’ Media and Protocol Division said Jaitley died at 12:07 pm on Saturday, Aug. 24. “It is with profound grief that we inform about the sad demise of Shri Arun Jaitley, Hon’ble Member of Parliament & Former Finance Minister, Government of India at 12:07 pm on 24th August, 2019. Shri Arun Jaitley was admitted in AIIMS, New Delhi on 09/08/2019 and was treated by a multidisciplinary team of senior Doctors,” the press release signed by the Chairperson of Media and Protocol Division said.

Arun Jaitley was admitted into AIIMS’ intensive care unit and was treated by a multi-disciplinary team of doctors after he complained of uneasiness; he was put on life-support system after his condition deteriorated.

Jaitley has had a history of medical conditions, including diabetes and kidney failure. He underwent a kidney transplant last year in May, and a bariatric surgery in September 2014.

His opting out of the cabinet, deprived the Modi government of a man known for his versatility, intelligence, and brilliant communication skills.

Jaitley was among the first to realise the potential of Narendra Modi in the BJP, and the two stayed together through thick and thin. After becoming the PM in 2014, Modi handed over the finance, defence and corporate affairs portfolios to Jaitley, a clear sign of the trust on him.