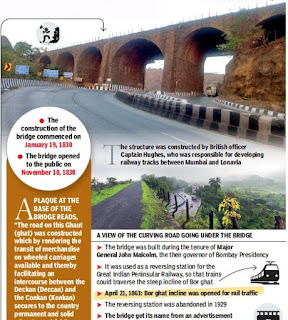 The drive between Pune and Mumbai looks set to become a little safer later this month.

The Maharashtra Road Development Corporation said it would dismantle a section of the historic Amrutanjan bridge between April 4 and 14.

The Pune-Mumbai expressway curves in a dangerous manner under the 189-year-old structure and has been the spot for many fatal accidents and heavy congestion. The pillars of the bridge have divided the road into multiple channels, eating into the carriageway. Highway Safety Patrol personnel said the wide pillars often hinder the movement of traffic.

The dismantling will be done nearly three years after MRSDC proposed to bring down the bridge to ease the many problems faced by expressway commuters in the Bor ghat section.

“There is hardly any movement of vehicles on the expressway due to the lockdown, and so, little inconvenience would be posed to people while we work. The same contractor working on the construction of tunnels and viaducts on the expressway will bring down the bridge through controlled blasting,” Dilip Ukride, chief engineer, MSRDC-Pune said.

Last June, MSRDC floated a second tender for the dismantling after the first failed to elicit any response.

When MSRDC first revealed plans to bring down the historic structure in 2017, it ran into opposition, with more than 20 objections filed against the move. Ukride said the second tender was floated only after the objections were resolved.

HSP officials said permission has been sought from the district collector and revenue commissioner of Raigad district to bring down the bridge. “The bridge, which is not being used by traffic, will be brought down by controlled blasting between April 4 and 14. Traffic on the Mumbai to Pune lane will be diverted at Anda Point (44 km milestone) and join the expressway at the Lonavla exit (55 km milestone), and vice versa for traffic on the Pune-Mumbai lane,” HSP officials said.