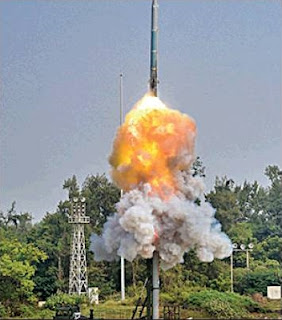 An indigenous supersonic missile-assisted torpedo system, which has a far greater range than conventional torpedoes to target enemy submarines, was successfully tested from Wheeler Island in Odisha on Monday. “The SMART system is a next generation standoff torpedo delivery system designed to enhance the Navy’s anti-submarine warfare capabilities. The medium-range supersonic missile carries a torpedo, parachute delivery system and release mechanisms,” a DRDO official said.

The SMART system, which is just a “technology demonstrator” as of now, has a range “several times” that of the 20-40 km one of conventional torpedoes. “It was a text book launch on Monday, where the entire trajectory was monitored by the electro-optic telemetry systems, various range radars, including down range instrumentation and down range ships,” the official said.

The canister-based missile system, which ejects the torpedo with a parachute near the target, consists of advanced technologies like two-stage solid propulsion, electro-mechanical actuators and precision inertial navigation.

Defence minister Rajnath Singh said that this is a perfect example of building futuristic defence systems in India.