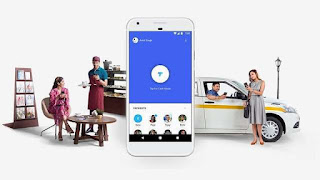 Internet giant Google has forayed into the crowded-yet-exciting space of payment solutions in the country with the launch of Tez. Built on the government-backed Unified Payment Interface platform, the app allows users to do financial transactions like sending money, receiving payments directly into bank accounts of not just individuals but also merchants.

Designed in a chat-like interface, Google released the app on Android as well as iOS. Tez is Google's made for India payment product and payments will be an area where India will leapfrog the West.

Tez will be available in seven Indian languages including Bengali and Marathi. Google has partnered with four banks -Axis Bank, HDFC Bank, ICICI Bank and SBI for the solution.

Over the last one year, the payment space in India has become very exciting with several large players foraying into it. This includes the likes of Amazon, Flipkart and Uber which recently launched UPI payments through its app. Apple is also said to be working on a payments solution for India.

Google has also enabled merchants to use the Tez platform to receive payments directly through the app but promised only businesses that consumers transact with will be able to use the feature and there will be “no spamming.“

Google is also working on integrating credit and debit card payments through Tez and will enable it later this year. Google has also struck exclusive partnerships with mobile manufacturers including Micromax, Xolo (which is a Lava sub-brand), Nokia and Panaonic. All of Lava's upcoming phones will come with Tez pre-installed.