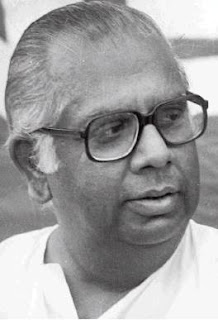 Somnath Chatterjee had served as the Lok Sabha Speaker only for a single term from 2004-09, but there were many firsts during these five years, which have left a unique imprint on India’s Parliamentary democracy.

Somnath da, as he was fondly called, was the first Communist leader to be made the Lok Sabha Speaker, though he had been elected to the Lower House 10 times. Soon after his election, Somnath da set a precedent of giving up his CPI (M) membership of 36 years, stating that the Speaker must be non-partisan. In less than a year, the Congress-led UPA government realised he was no pushover. Somnath da objected to the Supreme Court intervening in Jharkhand trust vote in March 2005 and convened a meeting of presiding officers of all legislatures, where a resolution was passed that the judiciary must not interfere in the legislatures’ functioning.

A few months later, Somnath da again refused to respond to a Supreme Court notice on a petition by MPs, who had been expelled for having accepted cash in return for asking questions. He had the last laugh when the SC upheld his decision.

But the greatest “rebellion” came in 2008 when he rose over party lines by refusing to follow the CPI (M)’s diktat of stepping down as the Speaker during the vote of confidence against the Manmohan Singh government over nuclear deal. He also questioned the logic of destabilising the government, prompting the party to expel him.

By 2009, Chatterjee was a lonely man, which was reflected in his two observations during his last session as the Speaker. Angry at disruption in the House, Chatterjee had chided the Opposition MPs “I want all of you to lose”. A few months later, his words turned out to be prophetic.

Secondly, he had said, “Who remembers the retiring members?” That was largely correct, since his only public engagement in Delhi was his book launch a year later, which, of course, no comrade attended.