WPI inflation rises to 5.13% in September 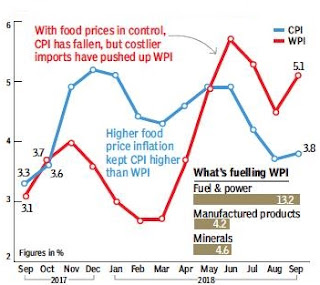 Meanwhile, the September CPI Inflation rose, albeit moderately, to 3.77 percent from 3.69 percent in the previous month.

In its fourth monetary policy review, the RBI maintained status quo on the rates but issued warning that surging oil prices, and weak global financial conditions pose substantial risks to the growth and inflation. For October to March period, the RBI had estimated CPI-based retail inflation to be between 3.9-4.5 percent.