GMR, Adani among 9 in fray for New Delhi station revamp 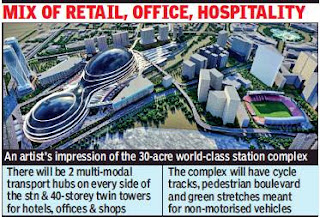 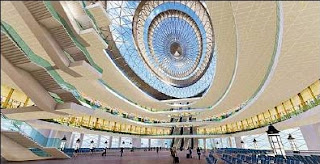 Nine major players, including GMR Highways, Adani Railways and realtor Omaxe are in the fray for redevelopment of New Delhi railway station entailing an investment of around Rs.6,500 crore.

Along with the modernisation of Mumbai’s Chatrapati Shivaji Maharaj Terminus, the capital’s key station is among the most prominent asset monetisation and railway modernisation programme being undertaken by the Centre.

At least five of the players — Adani, GMR, Kalpataru, Anchorage and ISQ Asia — are also in the fray for the modernisation of CSMT. “In these two cases, there is more interest in railway station modernisation that in the redevelopment or construction of some of the airports,” a government officer said.

This is the first stage of the process. After evaluation, the qualified bidders will be allowed to put their financial bids.

The RLDA said the efforts have borne results with reputed players participating in the technical bidding stage.

Railway officials said the government would announce the user charges before floating the financial bids since the collection of user charges is expected to be a long-term source of revenue for the successful private player. The project is slated to be completed in four years from the day construction starts. The concession period is for 60 years.

The redevelopment of New Delhi station will be a mix of retail, office and hospitality spread across 30 acres near Connaught Place. The RLDA is taking up the redevelopment project on Transit-Oriented Development. The project offers multiple revenue streams to the private player, including income from real estate rights The project will be redeveloped into a world-class station. It will have dome-shaped terminal buildings with two arrival and two departure points at the concourse level, two multimodal transport hubs on its every side, 40-floor high-rise twin towers (for hotels, offices and retail at podium) and pedestrian boulevard with high street shopping among the salient features, the Rail Land Development Authority said.

The station has a master plan area of 120 hectares, out of which 88 hectares is being planned in the first phase.