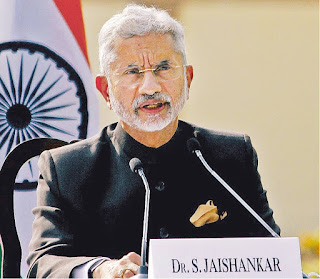 India’s External Affairs Minister S Jaishankar has boycotted a high-level Security Council meeting at the ministerial level that was convened by China, which is the body’s president for this month.

Coming amid tensions between India and China, Jaishankar’s absence stood out as the other 14 members of the Security Council sent minister-level officials to the meeting held virtually.

Seven other countries sent their foreign ministers to the meeting that had the formal title of “Maintenance Of International Peace and Security: Upholding Multilateralism and the UN-Centered International System.”

The remaining three were represented at the sub-cabinet ministerial level by Ministers of State Tariq Ahmad of Britain and Jean-Baptiste Lemoyne of France and Kenya’s Cabinet Secretary for Foreign Affairs Raychelle Omamo, who functions as the de facto Foreign Minister.

The country that holds the Council presidency for the month holds what are called signature events – high-level meetings usually at the ministerial-level – on topics of special interest to it.

China is planning two more signature meetings, on Africa and Covid-19 recovery, and on improving the safety of peacekeepers.

Because of the Covid-19 pandemic many meetings of the Council are held virtually facilitating the greater participation of ministers who don’t have to make the trip to New York. That makes absences noticeable.

Since India joined the Security Council as a non-permanent member in January, Jaishankar has participated in the ministerial-level Security Council meetings convened by the presidents for the month, Vietnam in April, Britain in February and Tunisia in January.

Environment Minister Prakash Javadekar also spoke at the high level meeting on climate change called by Britain in February and presided over by Prime Minister Boris Johnson. When the US was in the chair in March, its signature meeting, Conflict and Food Security, was presided over by Permanent Representative Linda Thomas-Greenfield, who has cabinet status, rather than Blinken.