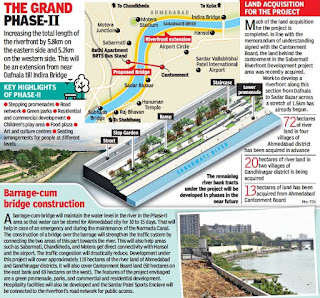 The ground-breaking ceremony for the development of the eastern bank from Dafnala to Camp Sadar Bazar was virtually performed by CM Vijay Rupani on Friday.

The plan for the extension includes a stepped embankment where trees have been planted for active and green development.

The second phase will involve a further extension of the riverfront from Dafnala to Indira Bridge over a stretch of 5.8km on the eastern side and 5.2km on the western side. With this, the total length of the riverfront will be about 34km. An estimated outlay of Rs 850 crore has been set aside for the project.