Peace, Harmony and Unity Must for Development: Modi 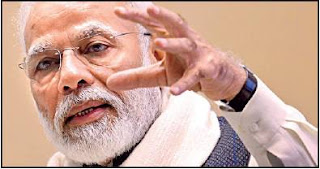 Prime Minister Narendra Modi told Bharatiya Janata Party lawmakers to commit themselves to “peace, unity and harmony”, which he emphasised are essential for development, the main plank of the BJP. The comments followed riots in Delhi that, according to its critics, were instigated by statements made by members of the ruling party.

The PM also took a swing at the Congress and former Prime Minister Manmohan Singh, without naming the latter during the weekly parliamentary party meeting held at Parliament House complex on Tuesday, said people who were present.

While the BJP draws inspiration and gives priority to the wellbeing of the nation over party politics, some parties have taken the opposite view, he told party MPs from both Houses.

“In this tug-of-war between welfare of the party and that of the nation, it is the nation that will have to win,” Modi said. “We have to fight this battle not only as BJP workers but also as sons of Bharat Mata. The aim of this struggle is Sabka Saath, Sabka Vikas, Sabka Vishwas,” Modi said, reiterating the BJP’s 2019 election refrain.