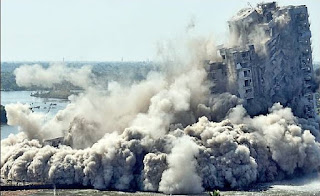 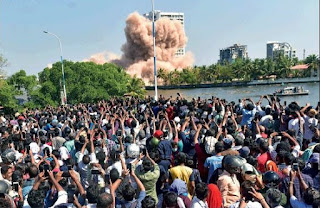 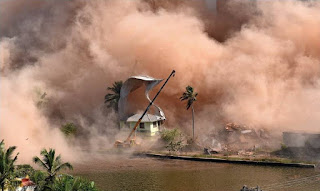 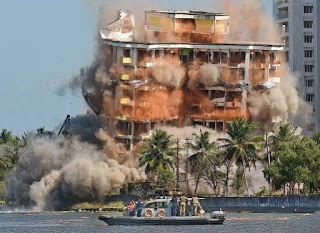 The demolition of four illegal waterfront apartment complexes, ordered by the Supreme Court for being constructed in violation of environmental norms, was completed with the razing of the last two high rises. The controlled implosion method was used to demolish the buildings.

The drive was completed around 2.30 pm on Sunday with the demolition of the 55-m-high Golden Kayaloram building, the smallest among the four complexes, after an about half-an-hour delay due to some technical reasons, official sources said. Earlier in the day, Jain Coral Cove, also 55 m high, was brought down at 11.03 am.

The Supreme Court had in September 2019 ordered the demolition of the apartment complexes within 138 days after the Kerala government submitted the time line for carrying out the operation.