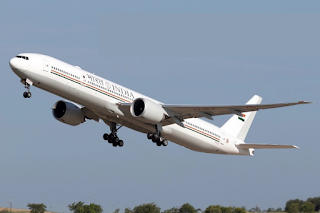 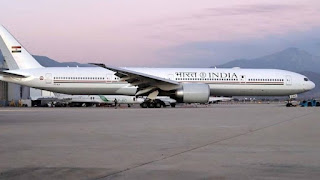 India now has a B777 plane on the lines of Air Force One, which is used by the US President, in the Air India fleet that will be solely dedicated to the Prime Minister, President and Vice-President.

In an upgrade from the Boeing 747 aircraft that Air India operated to fly the Indian leaders, B777 will be fitted with state-of-the-art defence systems, including missiles and jamming mechanisms.

Here’s what’s new in the B777 aircraft or Air India One:

2. The two B777 aircraft will be operated by pilots of the Indian Air Force (IAF) and not of Air India. The previous Boeing 747 plane that was used by Prime Minister Narendra Modi was operated by Air India pilots.

3. When the Boeing 747 aircraft are not flying the Indian dignitaries, they are usually used by Air India for commercial operations. However, the custom-made B777 planes will be exclusively used for the travel of the dignitaries only.

4. On the lines of Air Force One that is dedicated to the American President’s travels, India now has a United States-manufactured aircraft exclusively for the Prime Minister, President and Vice-President.

5. But be it electronic jammers for anti-missile capabilities, communication and military security systems, along with facilities to handle medical emergencies and comfort, Air India One will not be far behind.

7. If required, the customised aircraft can also launch a counter-offensive in case of an attack, again similar to the military mechanisms of Air Force One. The Boeing 777 has the mechanism to jam suspect radar frequencies and detect missiles.

8. The LAIRCM system can increase crew-warning time and reduce false alarm rates. The warning system, through several sensors, can take on any missile threat without any action required from the crew. It can fly for 17 hours without refuelling.

9. In the speed aspect, Boeing 777 will match Air Force One, flying at almost 900 km per hour. In the initial phase Air India pilots will be flying with Indian Air Force. The aircraft will be handed over to IAF and their pilots will be operating these aircraft eventually.

10. Just like Air Force One, the new aircraft will have all facilities onboard to function as a full-fledged office space with conference cabins.