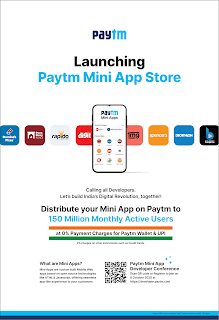 India’s leading internet firms and startups from across sectors are coming together to form an alliance with “Indian companies only” as they take on US tech giants like Google, which has faced the heat from the local entrepreneurial ecosystem over its recent billing policy. This development comes after the government held a meeting with the country’s top entrepreuners on Saturday evening with the latter accusing Google of having monopolistic policies in India.

Last week, Google had “clarified” that education, gaming, dating and other content apps must use its billing system in India for in-app purchases as long as the apps are distributed through its Play Store. This triggered another debate over Google’s influence, whose Android operating system controls over 95% of smartphones in the country, after it took down the Paytm app for several hours last month for violation of its policies.

The entrepreuners are preparing a draft of recommendations to be sent to the government within two weeks.

Business-to-business e-commerce platform Indiamart’s co-founder Dinesh Agarwal confirmed to TOI that an alliance, in the form of an association or an organisation, is in the works as many existing internet associations have overseas companies like Google and Amazon as their members, with their executives as key office bearers. Founders of Paytm, GOQii and Indiamart, among others, were present at the meeting. Several of them, later in the evening, spoke to IT ministry officials, where the government wanted to hear out the current concerns.

Meanwhile, Paytm on Sunday said it is starting a service where other apps can be listed on its payments app and one can use them within Paytm, similar to a super app. It said it has been testing the mini-app store with select users and it will be free of charge. Decathlon, Ola, Park+, Rapido, Netmeds, 1mg, Domino’s Pizza, FreshMenu and NoBroker are among the 300 companies that have joined its app-in-app programme.