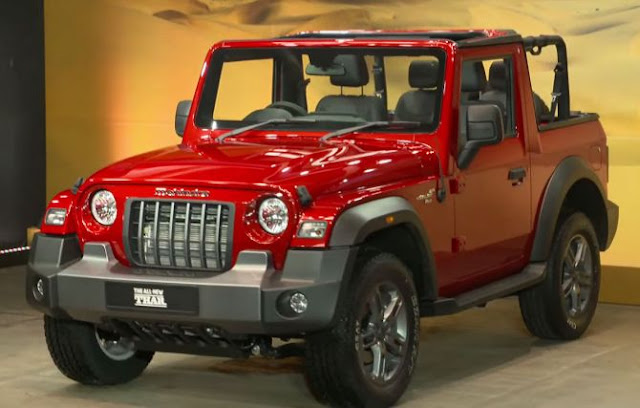 A massively refined Mahindra & Mahindra Thar 2020, unveiled against the backdrop of the bewitching Western Ghats on a rain swept I-Day, seemed to make a statement in course correction at India’s traditional SUV maker. M&M might be sitting on its lowest UV market share in a decade due to mounting competition that has blurred segment boundaries, but moving the needle on that metric alone wouldn’t be the company’s prime objective.

Instead, the company’s new SUV strategy is geared toward generating financial returns and giving differentiated models that the urban youth would buy.

So, it is now going slow on the market-share rat race that may involve M&M’s Japanese, Koreans and Chinese rivals rolling out a couple of dozen SUVs – but largely soft-roader crossovers. In a market where everything that seems tall and offers a high seating position is called an SUV, the new Mahindra management plans to stick to its core competence – of making rugged, true-blue, all-terrain SUVs.

In one sentence, therefore, M&M is trying to reposition itself as the Jeep or Land Rover of India.

A portfolio curated with the help of iconic design house Pininfarina, with 4X4 capability and automatic transmission on launch, with feature levels to stand out.

Rajesh Jejurikar is the man in charge of M&M’s auto and farm equipment business, and he is defining a ‘new narrative for the automotive sector’.

“The call is to not blindly chase market share. Going after market share and into segments where we don’t have the best competitive advantage won’t help,” Jejurikar said. “They say often a good strategy is also about choosing what not to do. We want to have a distinctive and sharp positioning and want to get people to move along that path. We want to be innovators rather than followers.

We created Scorpio, XUV 500 — we were the creators of the segment, we made people move in that new direction.”

The new-gen Thar underlined how its is designed and developed in India to take on new rivals from South Asia and Europe.