Ram belongs to all: PM 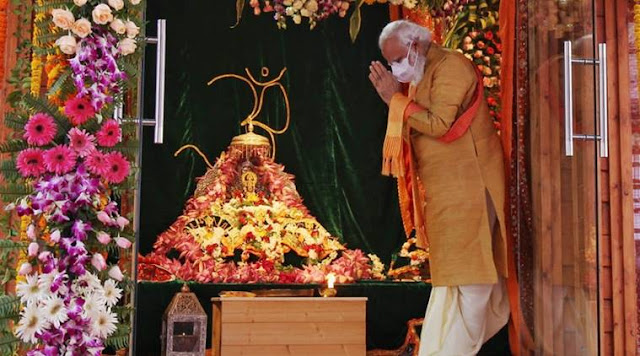 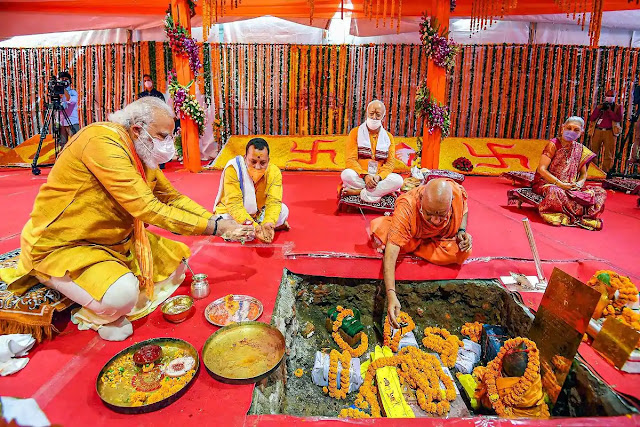 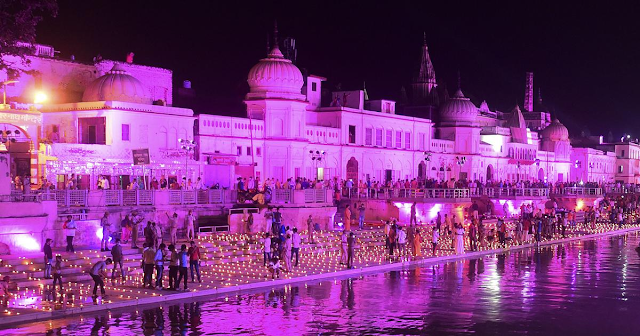 Prime Minister Narendra Modi laid the foundation for the proposed Ram temple in Ayodhya in a religious extravaganza that marked the culmination of a campaign that fuelled the rise of the BJP and the fulfilment of one of its core poll promises.
Amid the chanting of shlokas, Modi consecrated the very first bricks for the temple at the spot where many devout Hindus believe Lord Ram was born.
The wait of centuries has ended, he said after performing the groundbreaking ceremony, made possible by a Supreme Court verdict last year allowing the construction of the temple at the site where ‘kar sevaks’ demolished a mosque in 1992.
The day also coincided with the first anniversary of the abrogation of provisions of Article 370, scrapping the special status for Jammu and Kashmir.
Modi described Ram as the common thread in India’s unity in diversity, and drew a parallel between the country’s independence movement and “centuries” of people’s struggle to build the temple at Ram Janmabhoomi.
He cited values associated with Ram and said, “We have to take care of everyone’s sentiments.”
“We have to join stones for the construction of the Ram temple with mutual love, brotherhood,” he said.
Modi started and ended his speech with chants of “Siyavar Ramchandra Ki Jai” and “Jai Siya Ram”.
Some Ram Janmabhoomi movement leaders, including former deputy prime minister L K Advani, were not in the list of invitees that included 175 people.
The guest list was short because of the Covid-19 pandemic and the invitees sat on chairs placed apart to maintain social distancing.
Uttar Pradesh Governor Anandiben Patel, Chief Minister Yogi Adityanath, RSS chief Mohan Bhagwat and Shri Ram Janmabhoomi Teerth Kshetra trust head Nritya Gopal Das were on the dais along with the PM.
Sending out the message that “Ram is everywhere, Ram belongs to all”, Modi said the temple symbolises India’s rich heritage and will be an inspiration to all of humanity.
“Social harmony was the core principle of Lord Ram’s governance,” the prime minister said.
The construction of the Ram temple is an instrument to unite the country, he said, adding that it will lift the economy of the entire region.
He released a postage stamp to commemorate the event.
The ceremony marked Modi’s return to Ayodhya 28 years after he accompanied the then BJP president Murli Manohar Joshi on his “Tiranga Yatra”. He also played a role in Advani’s ‘rath yatra’ to mobilise support for building the temple in Ayodhya.
Last November, the Supreme Court ruled that a Ram temple can be build at the site where the 16th century mosque was demolished in December 1992.
While allotting the Ram Janmabhoomi site for a temple to be built by a trust, it ordered that a five-acre plot should be found elsewhere in Ayodhya for a new mosque.
When PM Narendra Modi chose to hail Lord Ram with the ‘Jai Siya Ram’ chant instead of the popular ‘Jai Shri Ram’ after the bhoomi pujan, it left many curious. “First let us remember Lord Ram and Mata Janki ... Siyavar Ram Chandra Ki Jai… Jai Siya Ram,” the PM said in his speech.
Since the launch of the Ram Temple movement in 1984, ‘Jai Shri Ram’ has been the most popular mode of greeting among the saffron forces. It took the form of a war cry in the heat of the temple moment. However, votaries of ‘Jai Siya Ram’ believed that Jai Shri Ram was a militarised way of greeting and took away the benevolence and benign nature. It also deemphasised the role of Sita.
They felt that Jai Siya Ram represented the benign character of Ram — who is known as ‘maryada purushottam’. “While Jai Shri Ram reflected belligerence, the driving sentiments in Jai Siya Ram are love and submission,” said Mahant Girishpati Tripathi of the Tewari Mandir. Jai Shri Ram supporters, however, say there was no difference between the two usages.