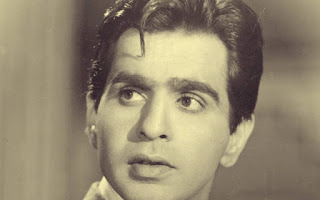 Legendary actor Dilip Kumar passed away at the age of 98 on Wednesday, ending an era in Bollywood. He was laid to rest with full state honours in Mumbai. The ‘tragedy king’ leaves behind a body of work that will serve as inspiration for young actors

The ‘Kohinoor’ of Indian Cinema, Mohammed Yusuf Khan, known to the world by his screen name Dilip Kumar, passed away on Wednesday after a prolonged illness. He was laid to rest in a suburban cemetery amid full state honours here on Wednesday evening.

Dilip Kumar’s body was kept at his Bandra home for a few hours for people to pay their last respects. Huge crowds assembled outside to catch a glimpse of the legendary star before his final journey.

Later, his body was ceremonially draped in the national Tricolour by a Mumbai Police contingent, and taken in procession to the Juhu Muslim Cemetery with scores of people lined up on both sides of the roads to bid the actor a tearful adieu.

At the cemetery, many other top Bollywood personalities had gathered for his final ‘deedar’, awaiting the funeral cortege brought by the police and his family members. Mumbai Police deployed tight security and implemented Covid-19 protocols.

After the traditional rituals and prayers and the state protocols, Dilip Kumar was laid to rest. Many of the mourners cried while others fought back their tears as they bid their final farewell to the thespian.

A stunned nation woke up to learn of the demise of Dilip Saab - as he was popularly known in the film industry where he strode like a colossus for over 6 decades.

Pakistan on Wednesday showered its adulation on legendary Indian actor Dilip Kumar with rich tributes pouring in from the neighbours for the 98-year-old icon who was born there. Kumar was born Yousuf Khan on December 11, 1922 at his ancestral home in Qissa Khawani Bazaar area of Peshawar in Khyber Pakhtunkhwa province.

Prime Minister Imran Khan said he can never forget his generosity in helping to raise funds for a trust to set up cancer hospitals in his mother’’s memory.

“Saddened to learn of Dilip Kumar’s passing. I can never forget his generosity in giving his time to help raise funds for SKMTH when (the) project launched. This is the most difficult time - to raise (the) first 10% of the funds & his appearance in Pak & London helped raise huge amounts,” Khan tweeted.

“Apart from this, for my generation Dilip Kumar was the greatest and most versatile actor,” he said