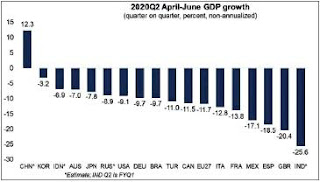 A tweet put out by the International Monetary Fund's chief economist Gita Gopinath confirmed that the Indian economy saw the steepest contraction in the first quarter among G20 countries.