Ladakh on the boil again 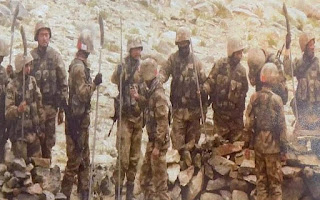 The situation along the Line of Actual Control remained extremely tense after Chinese troops reportedly closed in on Indian positions on the South Bank of Pangong Tso on Monday and fired shots in the air while both sides were in close range. The Indian Army on Tuesday morning said that despite the ‘grave provocation by the Chinese People’s Liberation Army, ‘our troops exercised great restraint and behaved in a mature and responsible manner.’ The Western Theatre Command, one of the five regional commands of the Chinese army, however, alleged that shots were fired by the Indian side and sought an investigation into the incident and strict action against those who fired the shots. India has since denied the charge and called it ‘an attempt to mislead their domestic and international audience’.

The Army said that PLA troops on Monday attempted to ‘close-in with one of our forward positions along the LAC and when dissuaded by our own troops, they fired a few rounds in the air in an attempt to intimidate our troops.’ On Monday, Chinese and Indian soldiers came within shooting distance in key hills occupied by India between Rechin La-Rezangla-Mukhpari and Magar Hill in South Pangong. Indian soldiers shouted at Chinese soldiers when they saw them coming up to a position near Mukhpari. Officials said there were no physical skirmishes or any provocation from the Indian side but the Chinese fired a burst of warning shots.

Unconfirmed and undated photos, allegedly released by the army, show Chinese soldiers at Mukhpari armed with spears and rifles, pointing to the use of mass weapons that was initially denied by China after the deadly clashes on June 15 at Galwan Valley in which 20 Indian soldiers were killed.

Sources said that since Indian troops recently occupied tactical positions on some of the heights in the region, thwarting Chinese attempts to ‘unilaterally alter the LAC’, there has been increased Chinese movement to push back the Indian side.

PM Narendra Modi chaired a meet of the Cabinet Committee on Security on Tuesday evening to discuss the stand-off with China that has shown no signs of abatement despite several rounds of diplomatic and military engagements. Home Minister Amit Shah, External Affairs Minister S Jaishankar, National Security Advisor Ajit Doval, who is also a member of the Special Representatives engaged in high-level discussions with China were a part of the meet.