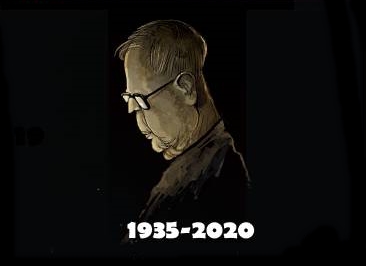 Pranab Mukherjee, whose career on the national political stage began as a Rajya Sabha MP in 1969 and ended as President in 2017, passed away Monday evening at the age of 84 – 22 days after he was admitted to the Army Hospital (Research and Referral) in New Delhi following an emergency operation for a clot in the brain from which he never recovered. It was a rare defeat for a public figure who'd managed to defy the vicissitudes of politics and fickleness of personal equations to rise to the highest constitutional post in the land.

He had slipped into a deep coma, and his medical condition was further complicated as he tested positive for Covid-19 and finally succumbed to septic shock caused by a lung infection. The government has announced a seven-day period of mourning till September 6. Mukherjee was one of only three ministers in Independent India to have held three CCS (cabinet committee on security) positions: finance, defence and external affairs. He was also leader of the House in Rajya Sabha and Lok Sabha.

A Congressman all his political life, barring a brief period when he fell out with Rajiv Gandhi, Mukherjee worked with three PMs: Indira Gandhi, whose attention he first caught, P V Narasimha Rao and Manmohan Singh. After his return to Congress, his career was revived by Rao who appointed him deputy chairman of the Planning Commission. However, he was passed over for the PM’s job in 2004 when Sonia Gandhi chose Manmohan Singh.

Mukherjee received the Bharat Ratna, the nation’s highest honour, last year, a recognition that stood out because it was conferred at the behest of a government belonging to a party he had consistently opposed. Earlier, BJP’s allies JD(U) and Shiv Sena had broken ranks from their NDA partners to support his presidential bid.

Though not a mass leader — he won only one Lok Sabha election, in 2004 and never made a mark in state politics — he was the go-to man in successive governments for troubleshooting assignments.

President Ram Nath Kovind, PM Narendra Modi, Congress chief Sonia Gandhi and Rahul Gandhi led the nation in paying tribute to Mukherjee. A man of many hues, he was a voracious reader whose knowledge of history and politics was embellished by a ringside view of events of national importance.

He was a key negotiator with the Left on the India-US nuclear deal till the communists parted ways with the UPA. He also spearheaded the UPA government’s unsuccessful effort to defang the anti-corruption movement that launched Aam Aadmi Party and help clear the way for Narendra Modi’s win in the 2014 LS elections.

A government reply to a Parliament question in 2010 (UPA-2) said Mukherjee was heading all empowered GoMs expect one and was head of 15 of 34 other GoMs. Seen as ‘Mr Fixit’ in UPA-1 and 2, he headed eGoMs on 3G spectrum, procurement and management of foodgrain, drought management, gas pricing, price band of PSU shares, mega power projects and mass transit systems. In all, he headed 95 GoMs during his time in the two UPA governments.

Mukherjee is survived by two sons and a daughter. Abhijit Mukherjee, a former MP, broke the news of his father’s death. His daughter Sharmistha has been active in politics and was spokesperson for the Delhi Congress.