Towards a Cashless Society

Prime Minister Narendra Modi launched a staunch defence of his demonetisation drive, saying people have wholeheartedly accepted the anti-black money initiative and understood the “path of truth“ in the national interest despite initial difficulties and efforts to misguide them.
“Our dream is that there should be a cashless society. It is correct that 100% cashless society is never possible. But we can make a start with less-cash society, then cashless society will not be a far-off destination,“ Modi said in his monthly Mann Ki Baat address on Sunday, appealing to youths to help in nation-building by teaching 10 families daily how to conduct cashless transactions through mobile apps, mobile banking and debit/credit cards.
In a reference to the deaths on account of the move, Modi said sometimes “disturbing incidents“ have come to light. The prime minister had announced that Rs.500 and Rs.1,000 notes would cease to be legal tender on November 8 with some exemptions. The move was aimed at ending corruption, counterfeiting and terror financing.
“I knew that people would face new kinds of difficulties in their normal lives,“ he said. “The decision is so big that it would take 50 days for us to emerge out of its impact and move towards normalcy. The whole world is looking at the decision minutely and economists are analysing it. There may be a question mark in the world's mind but India has faith and confidence in its citizens that we will emerge glowing like gold from fire.“
Some economists have said the move will take a toll on the economy while Modi's predecessor Manmohan Singh said it would erode GDP by at least 2 percentage points. 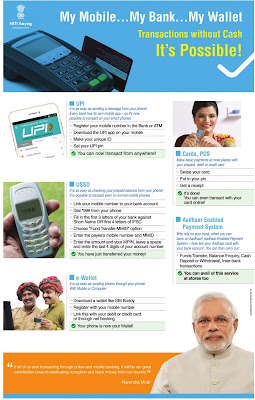