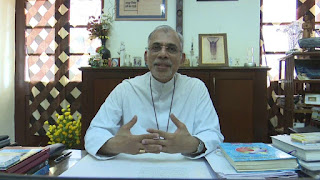 Archbishop of Goa and Daman Filipe Neri Ferrao has said that human rights are under attack and the Constitution is in danger, and it’s the reason why most people live in insecurity. Ferrao, in his annual pastoral letter addressed to “priests, religious, lay faithful, and people of goodwill”, asked Catholics to “play an active role in the political field” and to “shun sycophantic politics”. “As the general election is fast approaching, we must strive to know our Constitution better and work harder to protect it,” he wrote, adding “democracy appears to be in peril”.

Ferrao’s letter comes weeks after his Delhi counterpart, Anil Couto, wrote to Catholics in his archdiocese about the “turbulent atmosphere” in the country.

Couto’s letter sparked a storm in political circles. However, the archdiocese of Goa clarified that Ferrao’s letter has no connection with Couto’s. “It’s not some concerted or premeditated effort by archbishops,” Ferrao’s secretary, Fr Joaquim Loiola Pereira said.

Pereira said that certain portions of the letter have been taken out of context. “It’s a 15-page letter that the Archbishop sends to his people every year,” he said. “The focus this year is on different types of poverty. One statement about the Constitution doesn’t make that statement central to the pastoral letter.”

In the letter, Ferrao said the Catholic Bishops’ Conference of India recently declared that the Church in India should diligently promote and stand by values like secularism, freedom of speech and freedom to practice one’s religion, all rights enshrined in the Constitution. Pereira, who was asked whether the letter was timed before the general election, said, “The pastoral letter is released in June every year.”

Ferrao, in his letter which is originally in Konkani, also critiqued the emerging trend of cultural homogeneity in India. “In recent times we see a new trend emerging in our country, which demands uniformity in what and how we eat, dress, live and even worship: a kind of mono-culturalism,” he wrote. “Human rights are under attack.... Various minorities fear for their safety. In short, respect for law is frankly on the decline in this country.”