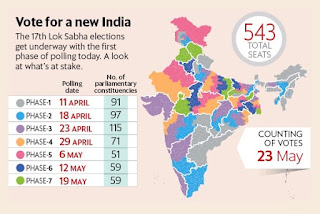 Parts of India are voting today in the first round of a gigantic seven-phase national election that ends with results on May 23. Prime Minister Narendra Modi is seeking a second term in power with a campaign that has revolved largely around national security, along with populist promises of development, farm relief and welfare measures for the poor. At the forefront of the opposition charge is a re-energised Congress led by Rahul Gandhi, who accuses the government of corruption, crony capitalism and suppression. An alliance of bitter Uttar Pradesh rivals Akhilesh Yadav and Mayawati will also be tested as 91 seats across 18 states and two Union territories vote. The last day of voting in the six-week polls is May 19. Lok Sabha has 545 seats, with a halfway mark of 272.

Voting is also taking place for assembly polls in Andhra Pradesh, Sikkim and Arunachal Pradesh and parts of Odisha. 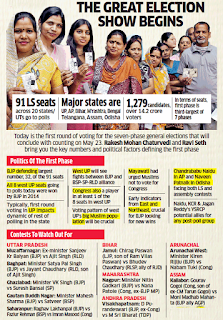 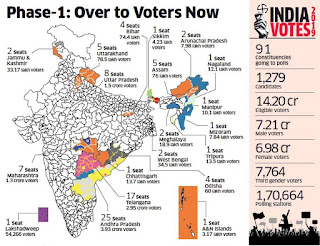 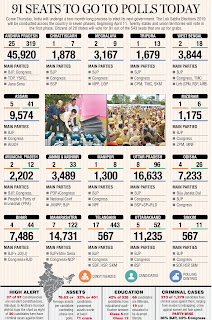