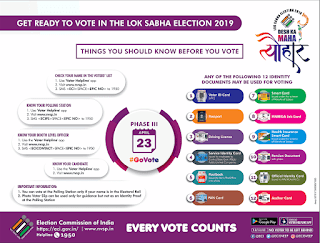 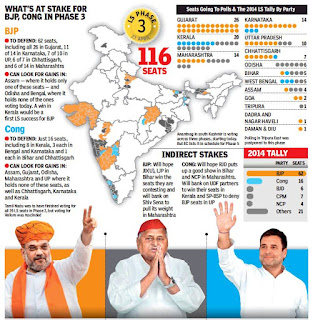 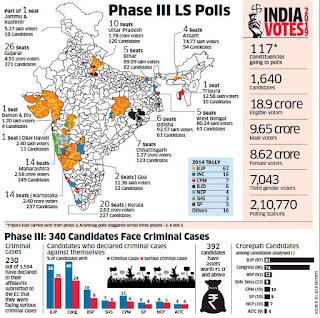 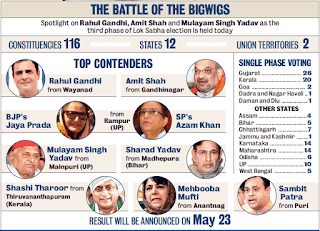 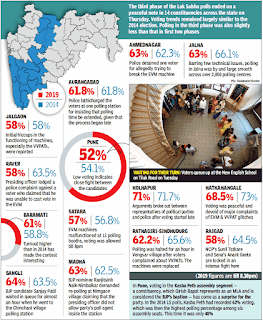 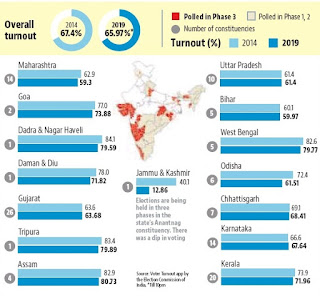 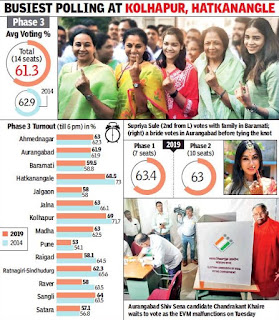 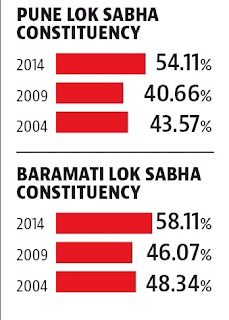 Polling has concluded for over half of the total Lok Sabha seats with the end of the third phase, which recorded an overall 67% turnout across 15 states and Union Territories. Polling, according to the Election Commission, was by and large peaceful except for a few minor incidents.

The voting percentage was moderate to high in most of the states and Union Territories covered on Tuesday except in Jammu and Kashmir, where a part of Anantnag parliamentary constituency went to polls and recorded just 12.9% turnout.

The third phase was the biggest in terms of number of parliamentary constituencies going to polls.

As many as 117, or over 21% of the 543 Lok Sabha seats, witnessed polling. With the end of phase three, polling has concluded for 22 states and UTs.

Anantnag, where six assembly segments had polling on Tuesday, reported an accident at Kokernag involving a vehicle carrying poll officials and security personnel. The bus fell into a gorge, killing one policeman and injuring five poll officials and several security personnel. Anantnag, where a bye-election could not be held for nearly two years in view of law and order concerns, is having staggered polling over three phases. About 12.9% turnout was registered on the first day of polling in the seat.

In West Bengal, a murder was reported in Murshidabad, though not within 100 metres of the polling station. The preliminary investigation report, as per an EC official, attributed the murder to personal enmity between the dead and the accused.

In another incident in Dakshin Dinajpur, death of one “poll agent” Babu Lal Murmu was reported, though EC maintains he was not on polling duty.

In Assam, around 800 voters in a polling station in Baksa district boycotted the poll over grievances with implementation of government schemes. As many as 11 voters died in Kerala, though reports sent to EC described all these as “natural deaths”.

A jammed EVM button was reported at a polling booth at Kovalam in Thiruvananthapuram. As many as 76 votes had been cast when it was first reported, and on verification the complaint regarding difficulty in pressing the button allotted to Congress candidate, was found valid. The machine was immediately replaced. 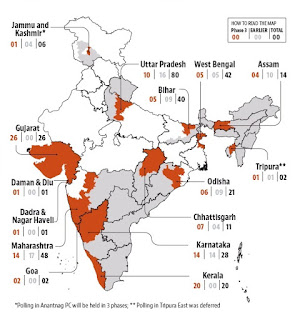