Poverty-Free India In A Decade? 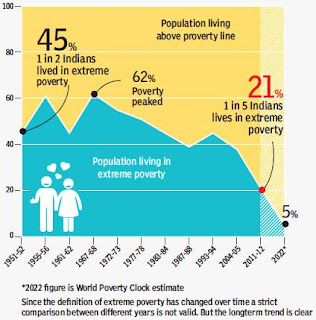 The persistence of extreme poverty has cast a shadow on India’s many economic achievements. For nearly three decades, the country was home to the world’s largest number of poor. Beginning in the 1990s, the fall in poverty picked up speed, which accelerated after 2004-5. Most international forecasts predict poverty will fall to negligible levels in the next five years. The next elections may be fought in an India almost free of extreme poverty.