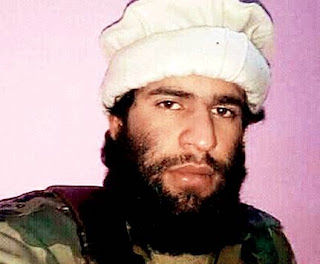 Zakir Rashid Bhat, alias Zakir Musa, the so-called chief of Ansar Ghazwat-ul-Hind, a group affiliated with Al Qaeda, was killed in an encounter with security forces in Dadsara Village, in Tral in south Kashmir’s Pulwama District.

Following a tip-off about the presence of top terrorist commanders in the area, a joint cordon and search operation was launched by the Special Operations Group of Jammu and Kashmir Police, 42 RR of Army and the Central Reserve Police Force.

While top police officials did not confirm the killing, special forces of the army rushed to the encounter spot to assist the forces. Additional forces were deployed in the twin districts of Shopian and Pulwama to control possible law and order crisis.

The administration also ordered the closure of all schools and colleges across Kashmir on Friday.

Soon after news started to circulate on social media that Musa was trapped in Tral, scores of youth took to the streets, clashing with security forces in downtown Srinagar, Tral and some other parts of the Valley. Protestors pelted stones and blocked roads.

Musa had threatened to behead separatist leaders of the Hurriyat for calling the Kashmir issue a political struggle instead of a religious one. He had called for a caliphate and enforcement of Sharia. Musa had also vowed to take jihad to every corner of the country. Last year his group received a major setback when six of its cadres were killed in an encounter in Tral.

Last year Al Qaeda formally announced the establishment of Ghazwat-ul-Hind, under the leadership of Musa. Since then, the former Hizb-ul-Mujahideen commander was reportedly high on security agencies’