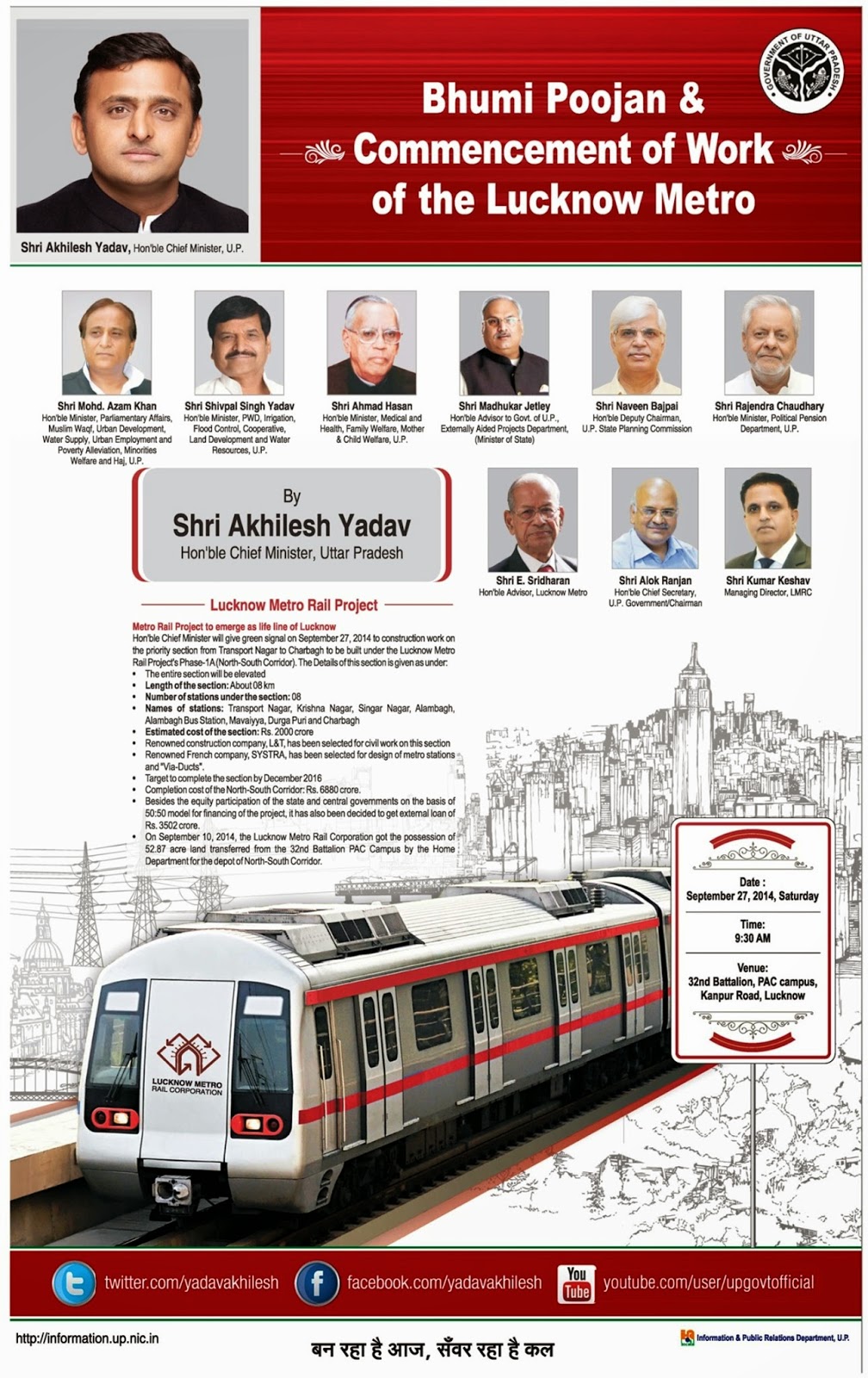 Work on the mass rapid transport system in Lucknow will formally kick off from today with the chief minister Akhilesh Yadav performing bhoomi-puja for Metro rail project on 32nd battalion of PAC campus on Kanpur Road. The ceremony will mark a green signal to the civil construction work on the `priority section' from Transport Nagar to Charbagh Railway Station and metro's depot on the PAC ground. UP urban development minister Azam Khan, Lucknow Metro Rail Corporation's MD Kumar Keshav and housing principal secretary Sadakant are expected to attend the ceremony . SP supremo Mulayam may give the programme a miss but has assured to inaugurate metrorail once it starts operating.
The construction work has been awarded to Larsen and Toubro, which qualified the tenders floated by DMRC (Delhi Metro Rail Corporation) in July-end. The LMRC board met on Friday to give formal approval to the company . L&T is currently working on Hyderabad and Faridabad metro projects too.
L&T has already ordered for construction equipment and machinery landed on depot land on Friday . French company Systra has been chosen as the design consultant for this 8-km stretch. It would provide designs for structure like escalators, platforms, stations and staircases. L&T has been asked to complete civil construction of priority section and metro's depot by December 2016.This is excluding a special span above Mawaiya railway crossing for which separate tender would be floated.
The project has been front runner in various development projects launched by the CM. After securing several land and procedural clearances, the project got stuck at PIB's (Public Investment Board) approval front. Since PIB raised queries regarding design, cost and security arrangements of the project and sought clarifications from LMRC, the project could not get official nod from the Centre. This also delayed the possibility of getting financial assistance from Centre for the project in near future.
As CM has promised to deliver the project by Dec 2016, LMRC has no choice but to begin construction on priority section from the available funds. It is noteworthy that PIB's approval has been sought for entire North Corridor from Amausi Airport to Munshipulia Chouraha (about 23 km).