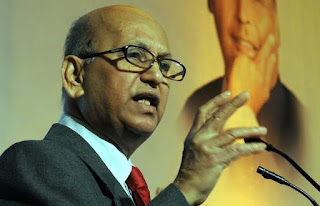 Dr Vikram Sarabhai, the father of the Indian space programme, was heading PRL, and Rao was working as a faculty member at Massachusetts Institute of Technology and as assistant Professor at the University of Texas at Dallas. Sarabhai was looking to give shape to the Indian space programme and wanted the right person to head it. He pursuaded Rao to return to India, who joined the Physical Research Laboratory as professor. It was around that time that the Rohini Technology Payload was launched onboard the SLV-3.

During his stint in the US, Rao had carried out investigations as a prime experimenter on Pioneer and Explorer spacecrafts and Sarabhai entrusted the entire task of building and developing the necessary infrastructure to launch the Aryabhata spacecraft, which was India's first satellite.

Rao was in charge of everything as far as this mission was concerned, which was launched with the help of the then Soviet Union.

Rao was instrumental in establishing the ISAC in Bengaluru which is the lead centre of ISRO for the design, development, fabrication and testing of all Indian made satellites. The ISAC did not come up on a sprawling building as Rao did not believe in spending on buildings as it would take a lot of time. ISAC worked from modest industrial sheds in Peenya.

As director he saw the development of a number of communication, remote sensing and other satellites. After Prof Satish Dhawan stepped down as ISRO chairman, Rao took charge in 1984. He oversaw the launch of the Polar Satellite Launch Vehicle, which is now one of the most reliable launchers in the world. Though the first flight of the PSLV could not place the satellite in orbit, it met 99 per cent of its objectives.

He stepped down as chairman in 1994. Even after stepping down, he was actively involved in the Indian space programme as member of the Space Commission and was chairman of the PRL's governing council.

He became the first Indian space scientist to be inducted into the Satellite Hall of Fame. He remained active till the end.