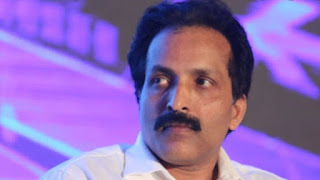 Senior rocket scientist S Somanath has been appointed as the tenth chairman of the Indian Space Research Organisation and secretary, department of space.

He will replace K Sivan, who will complete his term, which included a one-year extension, on January 14.

Somanath, who at present is serving as director, Vikram Sarabhai Space Centre, said: “The most important responsibility is to create a space enterprise in India where all the stakeholders, including DoS, Isro, IN-SPACe, industry and start-ups are all part of the efforts to expand the space programme on a bigger scale. This is the primary responsibility. ” “Another objective is to align the overall space programme with the vision the government has put forth where DoS has to become an enabler to cause the expansion of space enterprise in India. This will be done through appropriate legislation, framework and guidelines that have to be put in place,” he added.

Before becoming VSSC director, he had a two-and-a-half year stint as director, Liquid Propulsion Systems Centre. Among other things, Somanath is credited with “energising development activities of the high thrust semi-cryogenic engine, conceiving a fast track hardware realisation and test programme, development of throttleable engines for the lander of Chandrayaan-2 and successful flight of an electric propulsion system in GSAT-9”. Somanath earned his B. Tech in mechanical engineering from TKM College of Engineering, Kollam, Kerala, and a Masters in aerospace engineering from the Indian Institute of Science, Bengaluru, with a gold medal, where he specialised in “structures, dynamics and control”. As PSLV project manager, he handled areas of mechanisms, pyro systems, integration and satellite launch service management.

As per Isro records, he joined the GSLV MkIII Project during 2003 and was the deputy project director responsible for overall design of the vehicle, mission design, structural design and integration before becoming the project director of GSLV Mk-III from June 2010 to 2014. Under his leadership, the first experimental flight of the CARE mission was successfully accomplished on December 18, 2014.