Aditya Ghosh to step down as IndiGo boss 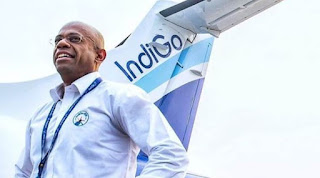 In a development that has surprised the Indian aviation sector, IndiGo announced that Aditya Ghosh will step down as the group president and is likely to be replaced by one of its former executives, Gregory Taylor. The airline said Rahul Bhatia, promoter of the company, has been appointed as the interim CEO.

The development comes amid the airline embarking on ambitious expansion plans and its aircraft facing technical issues with engines. Ghosh has stepped down as whole-time director of InterGlobe Aviation, the parent of IndiGo, effective April 26 while his resignation as president comes into effect from July 31. The resignation was accepted during the board meeting on Friday.

InterGlobe Aviation said Taylor, a former executive at the airline, has been appointed as a senior advisor and will report directly to Rahul Bhatia. “In the coming months, the board will consider the appointment of Greg as president and CEO of the company, subject to receiving the necessary regulatory approvals and paperwork,” InterGlobe said in a statement.

Ghosh, who has been with the airline for ten years, said it has been a most satisfying task building IndiGo. “It is now time for me to step off the treadmill and sometime in the near future embark on my next adventure. I wish all my colleagues at IndiGo the very best as they move on to the next phase of growth,” he said.

During 2016 and 2017, Taylor was the executive vicepresident of Revenue Management and Network Planning at IndiGo. Prior to that, he had served in various senior management roles at United Airlines and US Airways in the areas of corporate planning, strategy, network planning, fleet planning, finance, cost management and airline express operations, the statement said.

IndiGo, which has a fleet of 160 aircraft, is the country’s largest airline with a market share of nearly 40%. It operates around 1,000 flights daily.