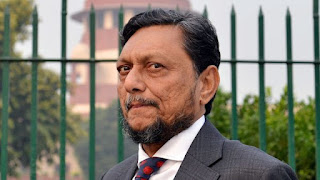 Justice Sharad Arvind Bobde, who was part of the historic Ayodhya verdict earlier this month, was administered oath as the 47th Chief Justice of India by President Ram Nath Kovind and started holding court at 11:30 am.

Bobde, 63, succeeds Justice Ranjan Gogoi who demitted office on Sunday. He took oath in English in the name of God at a brief ceremony held at the Durbar Hall of the Rashtrapati Bhavan.

Soon after taking the oath, he sought the blessings of his mother by touching her feet. She was brought to the president house on a stretcher.

Justice Bobde was chosen following the rule of seniority and his name was recommended by Justice Gogoi in a letter to the Centre.

Hailing from a family of lawyers from Maharashtra, he is the son of eminent senior advocate Arvind Shriniwas Bobde.