Chennai: Capacity up in 2 ecologically restored lakes in Siruseri 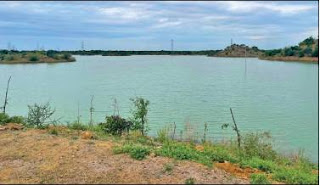 Three years ago, the Periya eri and Sitheri in Siruseri, spread over 100 acres behind the SIPCOT industrial area, were bone dry and were used to dump garbage. Now, ecologically restored by Auroville-based Pichandikulam Forest Consultants, the two lakes are clean and have more than12 feet of water.

Joss Brooks, founder of the consultancy said that after a study done by an IIT-M team suggested ₹5 crore would be needed, Tata Consultancy Services provided the funds and the restoration began in December 2018.

Silt was cleared from both lakes and sand used for creating and strengthening of bunds, laying pathways, forming half a dozen small islands in the bigger lake and for forming platforms. Nearly 5,000 saplings of native species of trees were planted around the lakes.

After the work was completed, Brooks and his team also managed to mobilise funds for protecting and maintaining the lakes including implementing erosion control measures on nearby hills, islands and some parts of the bunds. Eroded areas were stabilised with rocks, boulders and sandbags, he said.

The team managed to ensure that 90% of planted saplings and shrubs survived. “In the last year, most of the saplings have grown to a height of 4.5 metres,” Brooks said.

Recently, the public works department transferred ownership of the lakes to the SIPCOT authorities and the next step is to restore reserved forests around the lake that have eucalyptus plantations and acacia.

The wild growth of acacia can lead to soil erosion that will in turn settle down as silt in the lakes, the IIT-M study, taken up as part of a master plan, had warned.

Steps are being taken to involve the local community, PWD and SIPCOT authorities to ensure protection of the lakes and there is a proposal to set up a modern and efficient waste treatment plant in the area, he added.