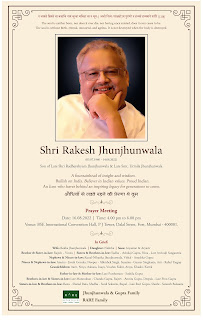 Rakesh Jhunjhunwala believed deeply in India. He was always willing to talk passionately about how its economy and financial markets would soon join the ranks of global superpowers. He put his money where his mouth was — investing billions on the basis of his unflagging belief in the country. On the eve of its 76th Independence Day, India lost one of its biggest supporters. Jhunjhunwala, billionaire investor, stock trader, qualified chartered accountant and philanthropist, who recently became the co-owner of India’s newest airline, passed away after fighting several health-related issues for the last few years. He was 62. His family found him unconscious early Sunday morning and rushed him to Breach Candy hospital where he was pronounced dead 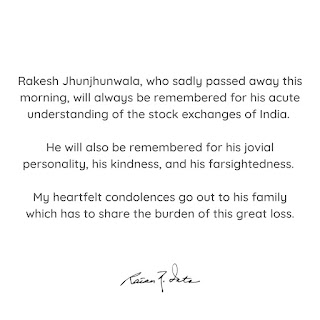