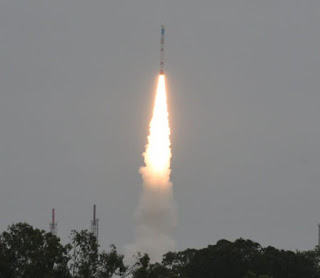 The Small Satellite Launch Vehicle blasted off on its maiden flight from Sriharikota spaceport to place two satellites, EOS-2 and Azaadisat, into orbit on Sunday, but hours later Isro said the satellites are no longer usable as the rocket failed to inject them into the right orbit. A team of experts will conduct a detailed evaluation.

The rocket was the smallest commercial vehicle in Isro’s stable, built to provide low-cost launch-on-demand services. In a four-minute video, posted on Sunday evening, Isro chairman S Somanath said in place of a circular orbit, the satellites were placed in an elliptical orbit. “The 356km circular orbit was our intended orbit but the vehicle could place the satellite into an orbit of 356kmX76km, 76km being the point closest to the surface of the earth. When you place satellites in such an orbit … due to the atmospheric drag the satellites will come down … They are no longer usable,” he said.

“It is primarily due to one of logic that exists in the rocket to identify a sensor failure and go for a salvage option. That means the system has a deficiency which we need to look at very carefully and correct it with regard to a sensor isolation principle,” he added. The Isro chief said the performance of SSLV, which is a new generation rocket built for launching small satellites, was very good in the mission. The satellites separated after the rocket reached the 356km orbit before Isro officials noticed an anomaly in the placement of the satellites in the orbit. “But for that problem, we couldn’t see any other anomaly. Every other new element that has been incorporated in this rocket performed very well including the propulsion stages, overall hardware, its aerodynamic designs, new generation and low-cost control electronics, electronics, control systems, new separation systems, the entire architecture of the rocket, everything has been proven very first time in the rocket and we are very happy about that part,” he said.