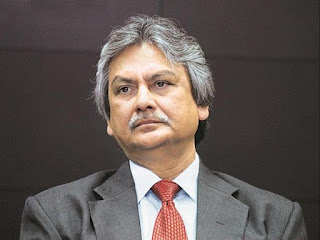 India is likely to be the second most important driver of global growth in 2022 after China despite the challenges posed by the pandemic and the war in Europe, Reserve Bank of India’s deputy governor, Michael D Patra, said.

The world’s third-largest economy in terms of purchasing power parity is going to contribute about 14% of global growth this year, he said, even while the country faces the risk of rising deficit due to higher import bills on the back of global commodity prices. Patra said India can sustain a current account deficit of 2. 5-3% without getting into an external sector crisis. “A striking feature in India is that our growth is home financed – investment is financed primarily by domestic savings, with foreign savings playing only a supplemental role,” Patra said Saturday.

Even though the savings rate slowed since 2007-08 after the global financial crisis, eventually pulling down the investment rate which has exhibited deceleration since 2012-13. “Reversing this trend is critical to achieve higher growth,” Patra said in an event to celebrate Azadi Ka Amrit Mahotsav organised by RBI's Bhubaneswar office.

India at present is the third largest economy in the world in terms of purchasing power parity with a share of 7% of global GDP, after China's 18% and the US's 16%. India’s GDP in market exchange rates is expected to reach $5 trillion by 2027. By that year, India’s GDP in purchasing power parity terms will exceed $16 trillion, up from $10 trillion in 2021. He said India can achieve a double digit growth in the next decade if the economy can overcome challenges and capitalises on the world’s youngest workforce it has, along with manufacturing and export promotion, This would make India the second largest economy in the world by 2031, he said.

“It’s possible to imagine India striking out into the next decade with a growth rate of 11%. If this is achieved, India will be the second largest economy in the world not by 2048 as shown earlier, but by 2031,” Patra said. “Even if it does not sustain this pace and slows to 4-5% in 2040-50, it will become the largest economy of the world by 2060,” he said.