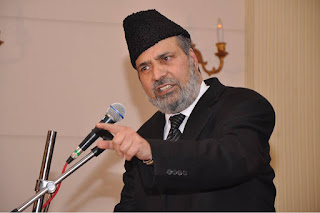 Ex-deputy CM of J&K and former PDP leader Muzaffar Hussain Baig had a piece of advice for the Centre during the all-party interaction on J&K which ruffled a few feathers. He suggested introducing a clause in Article 371 of the Constitution to give land rights and job security to Kashmiris, a concern in the Valley post nullification of Article 370.

Under Article 371 (A to J), several states have been given special status, including most of the north-eastern states. For instance, Article 371A gives special status to Nagaland where no Act of Parliament will be applicable with regard to religious or social practices of Nagas, their customary law and procedure, and ownership and transfer of land and its resources. “The governor of Nagaland shall have special responsibility with respect to law and order in the state of Nagaland,” the Constitution says.

A former advocate general who went to Harvard Law School, Baig suggested the Centre could sidestep Article 370 and 35A and yet fulfil the aspirations of Kashmiris within the framework of the Constitution by addressing their primary concern of securing land rights and jobs. This was earlier ensured under Article 35A which stands abrogated along with Article 370 after the Centre introduced an enabling legislation in Parliament on August 5, 2019.

At the meeting, Baig also stressed on the “sub-judice” rule to caution against any “discussion” on restoration of Article 370 in the UT since the matter is pending before the Supreme Court. This dissuaded participants from persisting with the debate on Article 370, resulting in issues like elections and restoration of statehood taking precedence.

According to a source, Baig spoke after former PDP chief Mehbooba Mufti made an emotional pitch against nullification of Article 370 and declared PDP’s intention to continue its “struggle” on the issue. He referred to the challenge pending in the SC to insist that a discussion on the issue could not be held in public space as it may influence the case. He said the sub-judice rule was adopted by the House of Lords in the UK, barring cases in which proceedings are active in courts from being referred to in any motion, debate or question, subject to the discretion of the Lord Speaker. This applied to the Indian Parliament as well, as its rules of business follow the Westminster style, he added.

Though Mufti disagreed with Baig, she did not push the issue further. Incidentally, even Farooq Abdullah, who spoke before Mufti, did not make restoration of Article 370 a sticking point.

While the Centre might have its reservations over any sort of ‘special status’, the suggestion was not well received by Baig’s former party either. He was awarded a Padma Bhushan last year by the Modi government for his contributions to public affairs. His ‘closeness’ to the Modi regime was not appreciated within his own outfit and which later contributed to his departure. His rift with Mufti was once again apparent when she interrupted Baig during his brief submission at the PM’s meeting.

Baig downplayed the incident and said, “She is like my sister,” referring to Mufti and her interjection at the meeting.