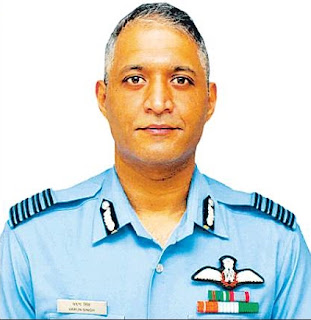 Group Captain Varun Singh , who was injured in a military chopper crash on December 8, succumbed to his injuries. He was the lone survivor of the chopper crash in which Chief of Staff General Bipin Rawat, his wife Madhulika Rawat and 11 other armed personnel were killed in Coonoor in Tamil Nadu.

Indian Air Force issued a statement on Wednesday saying, “IAF is deeply saddened to inform the passing away of braveheart Group Captain Varun Singh, who succumbed this morning to the injuries sustained in the helicopter accident on 08 Dec 21.

“IAF offers sincere condolences and stands firmly with the bereaved family.” A day after the crash, he was rushed to Bengaluru for treatment. He was moved by a ambulance to Sulur then further moved to the Command Hospital in Bengaluru. His condition was stated to be very critical throughout.

The Group Captain was recently conferred with the Shaurya Chakra by President Ram Nath Kovind for his act of exceptional gallantry.

Captain Singh was in the chopper along with General Rawat, who was on a visit to Defence Services Staff College at Wellington in Nilgiri Hills to address the faculty and student officers of the Staff Course, when the military chopper crashed.