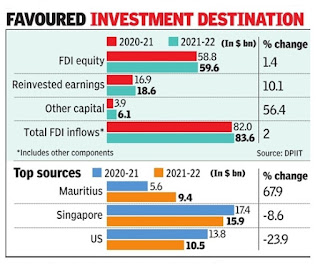 Investors ranging from Goldman Sachs to IBM, DHL, Brookfield and some of the semiconductor giants have told the government that they are looking to significantly ramp up their Indian operations over the next two-three years amid signals from the US that several companies are looking to further reduce their dependence on China.

Last week, Goldman Sachs representatives told finance minister Nirmala Sitharaman that they are looking to double, if not treble, the share of Indian engineers, who already are in significant numbers in the American financial services giant’s global operations.

Similarly, DHL, which recently set up two large logistics facilities in the country, is looking to further ramp up its operations, a government official said.

In Davos, commerce and industry minister Piyush Goyal also got the same message from CEOs of multinationals, ranging from IBM and Brookfield to Standard Chartered Bank.

“This time, there were very few demands in terms of opening up or change in rules for facilitating investment. India is a favoured investment destination at the moment, and it is for us to take this forward,” said an officer who was in Davos last week.

The Rs 2-lakh-crore PLI scheme is already seeing several large manufacturers put up facilities in India, some of which have been relocated to India. Besides, some of the asset monetisation schemes are drawing interest from several global investors, especially on the REIT and InvIT front.

Further, a burst of free trade agreements by India has made the climate more favourable as trade partners from Australia and the UAE to Canada see the country in a more positive light, following its decision to shed the decade-old reluctance to enter into such treaties.

In any case, the decision of several companies from the US and Europe to reduce their dependence on China in the post-Covid world has helped India. “While Vietnam has seen a large FDI inflow and companies have set up base, they are realising that India itself has a large market to offer in addition to being a very strong base of meeting the global manpower requirement, be it engineers or other professionals,” a senior government official said.