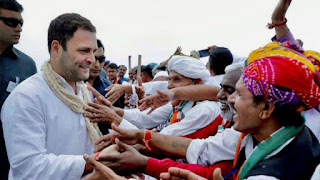 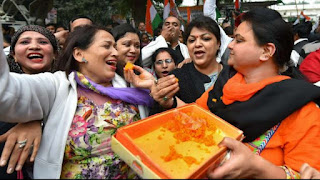 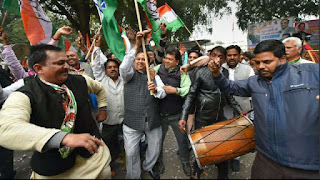 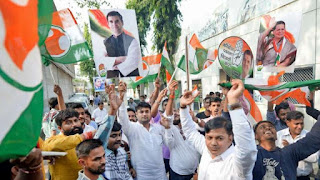 Though her influence will not fade completely, the curtain fell on the Sonia Gandhi era in Congress with her son and party vice-president Rahul Gandhi elected as party president with expectedly no other challenger in the fray.

Rahul was elected Congress president after a long suspense over just when he would grasp his family legacy. His elevation follows Sonia’s 19 years at the helm, the longest tenure in the party’s 132-year history, and comes at a time when the 2019 Lok Sabha elections are not too far off.

The Gandhi scion will formally assume the top post on December 16 — two days ahead of results to Gujarat and Himachal Pradesh assembly elections which will set the tone for his initial stint in office. He will assume charge at a time when Congress has fought hard to regain its electoral touch, barring an exception like Punjab earlier this year, making the current round of elections significant. His immediate goal will be to get Congress battle-ready and lead it into the next national election. At 3.45 pm, Congress MP and returning officer for the election Mullapally Ramachandran told a press conference, “I hereby declare Rahul Gandhi elected as president of the Indian National Congress.”

The declaration sparked festivities and senior leaders descended on the Akbar Road headquarters to mark the event. Rahul, busy campaigning in Gujarat, tweeted, “A heartfelt thank you to everyone for the tremendous support and good wishes... It is an honour for me to work for the ideals of the Congress party and through it for our great country.”

Congress’s arch rival and PM Narendra Modi tweeted his congratulations and wished Rahul a “fruitful tenure”. The passing of baton from Sonia to Rahul marks an important chapter in Congress history as the issue of succession has been hanging fire for over three years when leaders started pressing for it vigorously amid indifferent health of the party chief. Rahul was elevated as Congress vicepresident in 2013 when he gave his famous “power is poison” speech.

With endless speculation finally settled, all eyes are on the future and how Rahul steers the party. While his start in the organisational role was beset with problems of generational clash with veterans who also questioned his experimental style of leadership, he has since tailored his functioning to emerge as more surefooted and accommodating.