Navi Mumbai Airport to Have 1st Flight in 2019: PM 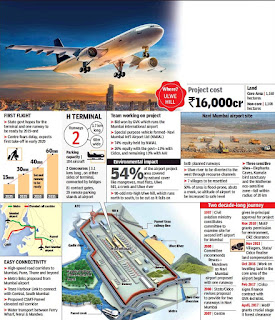 Prime Minister Narendra Modi asserted that Mumbai’s second airport will have its first flight next year, even as he acknowledged aviation infrastructure in India is lagging growth.

Modi inaugurated the much-delayed ₹16,000 crore airport project, seen as an imperative alternative to the existing Mumbai airport which is bursting at its seams. An earlier government had initially approved setting up the airport in 2007, but the project ran into several environmental and land acquisition problems until the last stages of the final bid. Each stage has been delayed for months, pending clearances and procedural clarity.

Modi mentioned the airport as one of the many projects worth ₹10 lakh crore that were pending before his government came into power. Speaking ealier at the event, Maharashtra chief minister Devendra Fadnavis said the airport project had been pending for a decade with not one of eight NOCs getting approved. “It came up during a project monitoring meeting. The very next day 7 of 8 NOCs  were approved. The last one came 5 days later,” he said.

Mumbai International Airport runs the current airport in the country and has got the mandate to build the new one, touted as the biggest greenfield airport project in the country. The consortium consists of GVK Industries, Airports Company South Africa and Bidvest. They together hold 74% of the existing Mumbai airport and the state-run Airports Authority of India holds the rest.

The Navi Mumbai airport project is likely to be completed in four phases ultimately giving it an annual capacity to handle 60 million passengers. The airport will span an area of 2,867 acres, with a terminal building of 523,000 square meters and two runways. Bhushan Gagrani, vice-chairman of the City and Industrial Development Corporation, the nodal body for the airport, said the land would be handed over to MIAL in 6-8 months.

CIDCO is responsible for the ground clearance, levelling of the hill, turning the course of a river and clearing the villages on the envisaged airport land.

It is spending about ₹2,500 crore of the airport project. Gagrani said 25% of the preparatory work has been completed.

He echoed Narendra Modi’s assertion and said single runway operations would be ready to start by 2019 December. 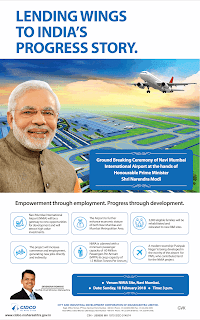 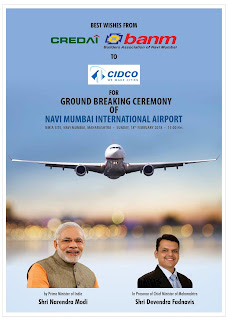