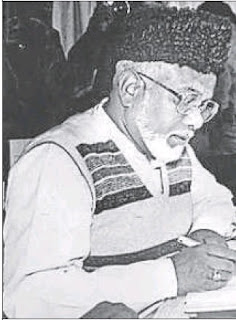 Former Union railway minister CK Jaffer Sharief, 85, died after a brief illness in Bengaluru. Sharief, who was once a close confidant of former Prime Minister Indira Gandhi, had been elected to Parliament eight times. Sharief had entered politics under the mentorship of S Nijalingappa, a former Karnataka chief minister. During the famous Congress split of 1969 between Congress (O) and Indira Gandhi’s Congress, he had sided with the latter.

Interestingly, he was credited for leaking the plans of the Syndicate - as Congress (O)’s leaders were known - to Indira Gandhi’s faction thus helping her. He was duly rewarded when she made him minister of state for Railways when the Congress returned to power in 1980.

During his long parliamentary career, he also handled the irrigation and coal portfolios at the Centre. However, it was his stint as Union Railway Minister between 1991 to 1995 for which he is remembered as it was during this period that Indian Railways comprehensively moved largely to broad gauge from meter gauge. He also played a key role in establishing the Wheel and Axle plant at Bengaluru. While he was a senior minority leader of the party and aspired to be the Chief Minister of Karnataka, it never came to fruition.

While Sharief’s biggest calling card was his unswerving loyalty to the Gandhi family, in the last decade or so his relationship with the high command had been frayed.

After his defeat in 2004 by BJP’s Sangliana from the Bengaluru North constituency, Sharief never regained his electoral footing. He had his son-in-law selected to be a minister in Karnataka, lobbied for tickets for his sons and eventually his grandson, all of whom lost polls. Feeling marginalised within the Congress, he threatened to quit the party several times only to eventually withdraw his resignation each time after being mollified. He surprised a lot of people including some of his closest supporters in 2017 by backing Mohan Bhagwat, the RSS chief, as the next prospective President of the country.

Given his long stint in public life, however, Sharief had friends across the political spectrum in Karnataka.

Congress President Rahul Gandhi tweeted “It is a day of tragedy for the Congress party, with another senior, loved and respected member of our family in Karnataka, Shri Jaffer Sharief ji passing away today.My condolences to his family, friends & supporters in their time of grief.”